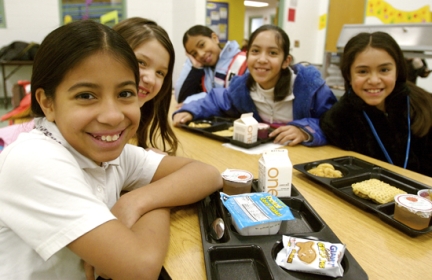 In Minnesota, 2,469 schools serve more than 898,000 K-12 students and employ thousands of teachers and staff. An MPCA study found that Minnesota K-12 public schools generate an estimated 483,520 pounds of waste per day. School administrators can play an important role in boosting recycling and composting at their facilities and reducing the waste going into landfills.

Minnesota's Waste Management Act requires public entities such as schools to recycle at least three materials. But it's clear that much more can be done to divert school garbage away from landfills. The MPCA studied school solid waste in partnership with Hennepin County and the City of Minneapolis. By sorting through all the garbage, recycling, and organic material discarded by six schools over a two-day period, the researchers found:

An MPCA study evaluated the costs of recycling and trash hauling services — and the impact expanding recycling may have on a school's budget. Almost 150 schools or school districts from 57 of Minnesota’s 87 counties participated in the study.

Suggestions for obtaining recycling supplies for your school:

You might think that purchasing reusable eating utensils and bowls for schools would increase water consumption as well as costs, but Minnetonka Middle Schools (East and West) discovered firsthand that this is not the case. A grant from the MPCA helped replace their disposable utensils and bowls with reusable alternatives. As a result of the switch to reusable items, these schools prevented 6,712 pounds of trash and expect to save $23,000 over three years.

The Minnetonka Middle Schools began by examining what was in their current waste. After separating food waste and recyclables, they found that 70% of the remaining cafeteria garbage was plastic flatware, bowls, wrappers, and bags.

When they switched to reusables, the school added a tub to collect utensils at the waste-sorting stations. Kitchen staff ran an average of 38 dishwasher loads each day before the reusable utensils and bowls. This only increased to 41.5 loads after the switch.

Despite some of the incidental expenses, the Minnetonka Middle Schools saved $3,000 on reusable lunchware, and the annual per-student costs dropped from $6.89 to $4.83.