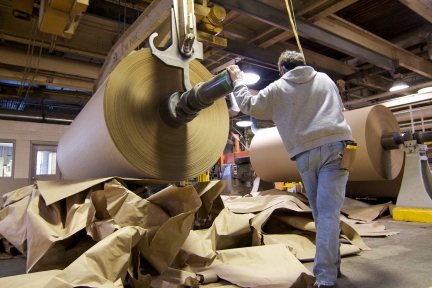 Recycling materials into new products benefits both our environment and our economy. Approximately 37,000 jobs in Minnesota are directly or indirectly supported by the recycling industry. These jobs pay almost $2 billion in wages and add nearly $8.5 billion to Minnesota's economy. Recycling also slows the filling of landfills.

Not recycling costs money. Another 1.2 million tons of recyclable material is thrown away, but could easily have been recycled for an additional estimated value of $285 million. Instead, it cost Minnesota more than $200 million to put it in landfills.

At the request of the Minnesota Legislature, the MPCA prepared a report in 2014 on how to increase recycling of beverage containers. The report outlines a statewide recycling refund program and its potential financial impacts.

The MPCA surveyed city and county recycling coordinators in 2012 to better understand how residential curbside recycling programs are structured statewide. The survey sought details on what is collected and how it is collected, with an emphasis on types of plastics.