The OTRW is a surface water-rich watershed, containing over 2,800 miles of streams and more than 1,300 lakes, the most in any Red River Basin watershed. The many lakes and streams in the watershed are a draw for recreational activities and lake homes. Furthermore, the OTRW is one of the Red River Basin watersheds that is least impacted by flooding, with the many lakes and wetlands providing significant water storage and reduced flood contributions to the Red River of the North.

Land use within the watershed is largely agricultural, with cropland and pastures or rangeland accounting for approximately 45% of the overall watershed acres. Approximately 28% of the watershed is forested while roughly 21% is covered by water and wetlands. Development pressure is moderate to considerable in some areas, especially within and near the OTRW’s major cities and near the highly developed and recreational lakes, with occasional farms, timberland, and lakeshore being parceled out for recreation, lake homes, or country homes. Growth and development of these areas is expected to continue.

Two recent reports (TMDL and WRAPS listed below) indicate that water quality conditions in the OTRW are generally quite good. A majority of assessed streams (over 60%) and lakes (85-91%) support fish and aquatic insect communities and recreation. However, a number of impaired waters, or waters that fail to meet applicable water quality standards, are scattered throughout the watershed.

Impairments were found in some stream reaches where fish and insect communities are stressed by unstable stream flows, insufficient physical habitat, barriers such as dams, elevated levels of suspended sediment, and fluctuations in water temperature and dissolved oxygen. A number of stream reaches in the watershed have impaired aquatic recreation due to elevated levels of E. coli bacteria. Excess nutrients (phosphorus) in some lakes is fueling algae blooms, reducing clarity and affecting recreation. Fish communities in some impaired lakes are impacted due to excess nutrients, physical habitat alteration such as lakeshore development and aquatic vegetation removal, temperature changes, and decreased dissolved oxygen.

Climate change is bringing increased average temperatures and more frequent and intense storms that can add to pollutant-laden runoff entering lakes and streams. Warming temperatures and increased precipitation can have many different effects on the watershed, and contributors such as increased impervious surfaces and loss of natural wetlands can exacerbate the effects of climate change.

The TMDL report identifies required pollutant reductions for some of the impaired streams and lakes, while the WRAPS report identifies potential strategies for restoring or protecting waterbodies and addressing pollutants of concern.

Numerous restoration and protection strategies, or best management practices (BMPs), have already been developed through collaboration with local partners in the OTRW. According to the MPCA’s Healthier Watersheds webpage and data from local partners, more than 3,500 BMP projects have been implemented in the OTRW between 2004 through 2019, including agricultural and cropland practices, stream bank and shoreline restorations, septic system improvements, urban stormwater control practices, and more.

During that time, $94 million has been spent on water quality issues through state and federally funded programs, which does not include all local government or private spending. Furthermore, the restoration and protection strategies listed in the WRAPS report can be the basis for developing comprehensive local water management plans that include implementation efforts to restore and protect water resources.

Finally, partners in the OTRW were awarded a One Watershed, One Plan planning grant for the OTRW in 2020 and will begin the planning process in 2021. The restoration and protection strategies listed in the WRAPS report or called for in the TMDL report can be used as a basis for these planning efforts and for developing other local water management plans that include implementation efforts to restore and protect water resources, and are conducted by soil and water conservation districts, watershed districts, counties, state and federal agencies and other watershed partners.

Intensive watershed water quality monitoring was conducted in 2016 and 2017. Water quality data from a ten-year period was assessed in 2018 and a Watershed Monitoring and Assessment report was completed in 2019. A Watershed Stressor Identification Report was completed for streams in 2019 and for lakes in 2020. Realtime flow monitoring was installed and continues at three locations in the watershed. Those flows can be found on the MPCA/DNR cooperative stream gaging web page.

Development of the OTRW Total Maximum Daily Load (TMDL) and Watershed Restoration and Protection Strategy (WRAPS) Reports began in 2019 and concluded in 2021. A public comment period for the draft WRAPS and TMDL reports was held from May 10 through June 9, 2021.

An 8.2-mile segment of the Lower Otter Tail River was previously listed as impaired for exceeding the turbidity standard for aquatic life. The primary cause of this impairment is suspended sediment. The MPCA completed a Turbidity TMDL report in 2006, with approval by the EPA on February 12, 2007. An Implementation Plan was prepared by the Wilkin Soil and Water Conservation District and the MPCA in 2007. Restoration activities are currently underway.

This project, completed in the fall of 2019, included surveying, planning and designing channel restorations for approximately 20 river miles channelized in the 1950s as part of a flood reduction project. The project area is located between Orwell Dam and Breckenridge Lake. The idea is to improve water quality by reducing sediment associated with stream bank failure, erosion, and channelization. This project provides the design work for future restoration projects that will aim to address the excess sediment and retain the river’s flood damage reduction features, including those mentioned above and outlined in the Lower Otter Tail River Implementation Plan.

This report was completed in 2016. The Pelican River Watershed District sponsored and managed the TMDL study and provided funding. In addition, the city of Detroit Lakes partnered with the MPCA and watershed district on the report. The purpose of the St. Clair Lake TMDL Report is to address the excess nutrients, particularly phosphorus, in the lake, and to provide pollutant reductions that will be needed to help restore the lake and to protect downstream waters from further pollution.

While scientists can’t ask fish and bugs how clean the water is, they can count their numbers and species to help find that out. 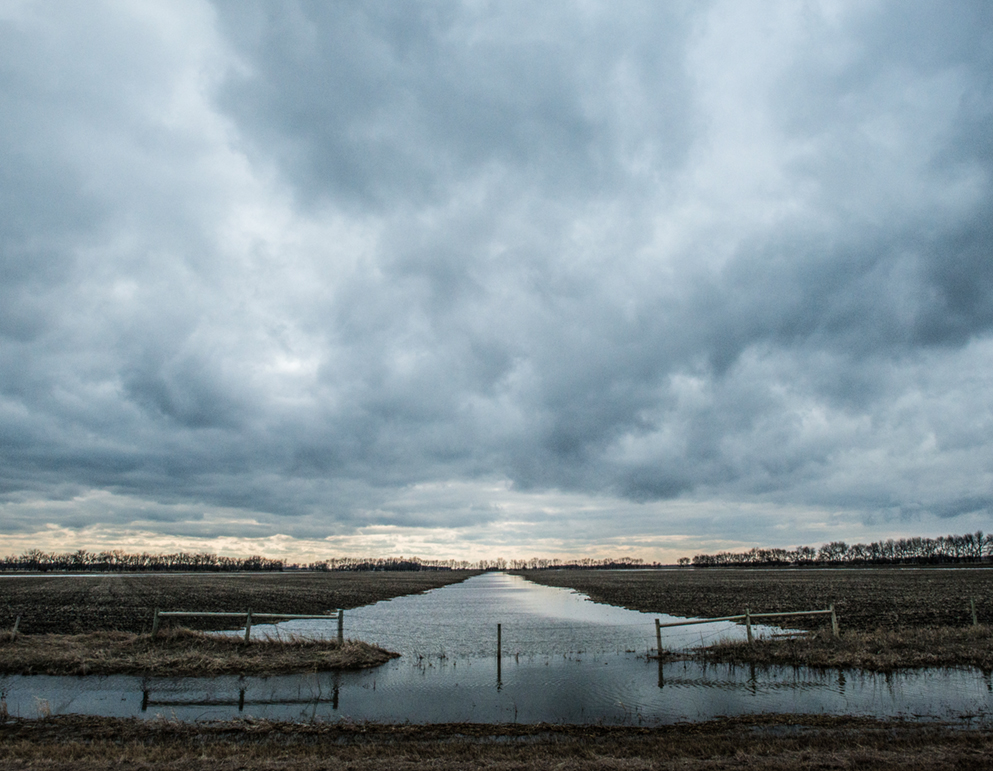