Large facilities with smokestacks, such as factories and electric generating units, must apply for and comply with air pollution permits issued by the MPCA.

The Clean Air Act has brought about major emissions reductions from these large facilities by requiring process changes, new equipment, and pollution control devices. Permitted facilities still make up 22% of the total emissions in the state, but they have also already achieved significant reductions in the past twenty years.

The amount of air pollution coming from factories and electric utilities — sources with individual MPCA air emission permits — has decreased significantly over the last 20 years. These reductions are largely due to government and industry efforts to reduce smokestack emissions.

What we're doing about it

The MPCA continues its long-standing work to reduce air pollution from stationary sources. Traditional regulatory methods such as permitting, compliance, and enforcement actions are well-suited to reduce emissions from large stationary facilities such as mining operations and power plants. The MPCA and, at the federal level, the EPA, work to review and update rules that govern these facilities as both the science to understand pollutants and the technology to control them advance.

Reducing mercury in our air and water

Nearly all of the mercury pollution in Minnesota’s waters comes from air pollution, so efforts to reduce mercury in our waters and fish begin with our air. Minnesota’s statewide Total Maximum Daily Load (TMDL) for mercury plan for achieving mercury emission reductions was developed to reduce mercury levels in our waters and protect people from consuming mercury-contaminated fish.

In 2015, the EPA finalized the Clean Power Plan, which requires states to draw up plans for reducing emissions of CO2 from coal- and gas-fired power plants – currently the nation’s largest single source of CO2 emissions. EPA’s rule provides states with a great deal of flexibility in determining how to meet emissions reduction targets, including making existing plants more efficient, transitioning from coal- to gas-fired plants, relying upon more renewable energy, and reducing energy demand. Minnesota has already made great strides in a state transition to cleaner energy, and is well on the way toward meeting the Plan’s requirements. But there are still some important goals to set and decisions to make before the state could develop a compliance plan.

States were originally expected to submit final plans to EPA no later than September 2018, but on February 9, 2016, the U.S. Supreme Court granted a stay that halts implementation of the Clean Power Plan while legal challenges to the rule are decided by the courts.

While the case works its way through the courts, the MPCA has taken time to hear from Minnesotans on what is important to them in the development of clean energy in our state. The MPCA’s current work aims to ensure that Minnesota is well-positioned to respond to any possible outcomes when lawsuits on the Clean Power Plan are resolved and supports efforts to meet the state’s broader greenhouse gas reduction goals

The MPCA has started a pilot project to experiment with a more comprehensive and proactive approach to working with facilities we regulate in areas of concern for environmental justice.

Air quality permits address emissions from facilities individually. In recognition of the potentially cumulative impact of neighboring sources of air pollution, the MPCA is working with 12 facilities in areas of concern for environmental justice in Minneapolis to better understand their impact on air quality in the urban core. Through this process, the agency will engage industry and the community to identify options for reducing air pollution.

Learn more about how we work with industrial facilities to reduce air emissions: 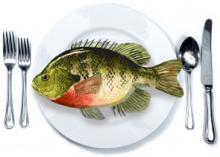 From the air, into the fish, and into us

Mercury is a neurological toxin that accumulates in the food chain. Airborne mercury gets deposited over land and water. Water runoff from land brings more into lakes.